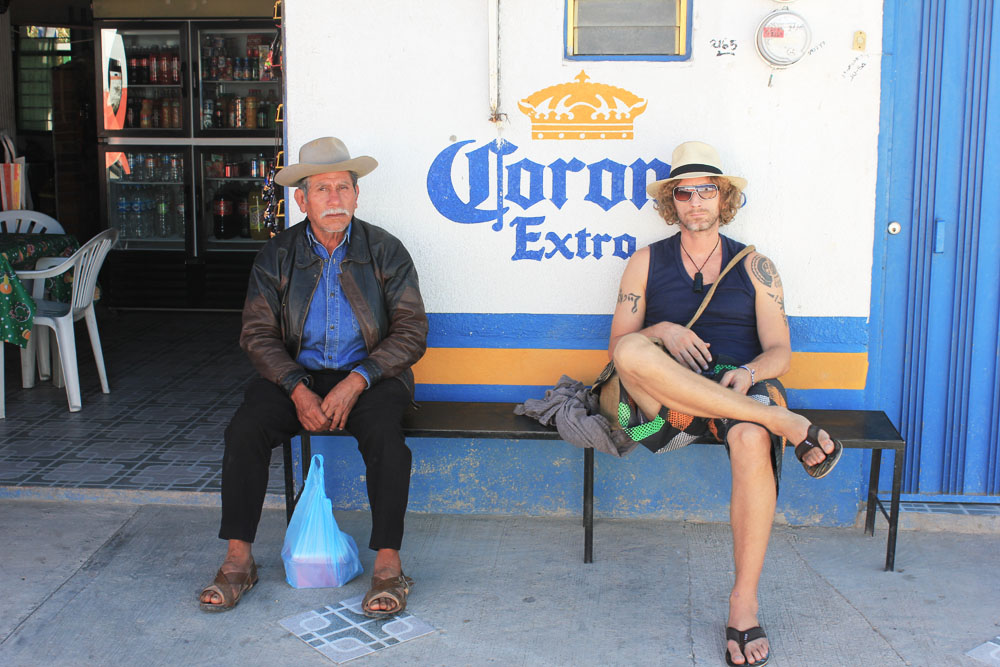 I assimilate languages pretty quickly. I pride myself on my ability to learn new phrases relatively easily. Some people say I have an “ear” for them. Whatever that means…

Spending the last twelve months in Latin America has meant learning Spanish. I had a basic understanding of it, but no more than a few phrases – the simple things like hello, how are you, where are you from and where can I buy a return ticket to Madrid!

So when we got to Colombia, I was delighted to pick up a new phrase. Whenever I met someone new in a shop or restaurant, they would say what sounded like “A la or day”. It was spoken really quickly and sounded like one word.

I asked and it is actually written “a la orden”, although the “n” at the end is very soft, almost silent.

So being the excitable young man that I am, I began to say it to people I met. I would walk into a shoe shop and announce “a la orden”. I would meet new people in a bar and say “a la orden”. So oblivious I can be sometimes, that I didn’t notice people’s slightly puzzled reactions.

Well, I noticed something, but I presumed it was because a big loud gringo was in blubbering away in broken, manic Spanish.

I remember walking down streets late in the evening. Once my wife and I were approaching a large group of unsavoury looking youths hanging around a street corner – my approach to these situations is always to have the head up, say hello and walk on as if you are Jackie Chan and Tony Robbins rolled into one.

All these eyeballs stared at us and I loudly announced “a la orden”, waved a hand and kept going. A few of the lads looked puzzled, one or two laughed a little and a few more looked on staunchly. You can’t beat a bit of friendly chit chat I thought.

So it went on.

All was great in the world. Coffee was being roasted and drank, birds were singing and the homeless kids were finding their way off the streets.

Than my wife decided to do a few language classes.

It was to my serious chagrin one evening when we met up after a class and I saw a perplexing smile come across her head.

What is it, I asked? What is so funny?

Well, she said, you know how you have been going around saying “a la orden” to people?

Well, do you know what it means?

Ehhhh hello, how are you or something along those lines….

No no…it means “at your command” or “at your service”

We both burst out into fits of laughter. Convulsions of laughter. Well, her more than me. I stood there and got flash backs of all the people who I had greeted by telling them that I was “at their command”!

Shop girls, street kids, random street sellers, police men, waiters, fellow backpackers and anyone else in between, all had thought the same thing when I met them – what a weirdo this guy is!

The funnier thing was that nobody stopped me. Nobody told me that what I was doing was wrong. I was allowed to babble away like an ignorant buffoon. Maybe they thought I knew what I  was saying and figured I was the most formal, polite 6’2” tattooed scraggly haired manic looking backpacker they had ever met.

Even now, one year later I struggle with the basics. I call old women chicks and babes and young girls women. I mix up my tenses and I pronounce my words as thought they are slab of cheddar cheese being clamped in a vice. But people appreciate it. They appreciate the effort.

Speaking English with a thick Dublin Irish accent is difficult to begin with. Hacking and bludgeoning my way through South American Spanish can be a relentless pummelling of a soggy punch bag.

Eventually though, some of it sticks. Some of it sticks and before you know it instead of saying “at you command” you manage to utter “Guud avternon”, albeit when it is morning time.

But it is a learning curve and you just gotta keep on giving.