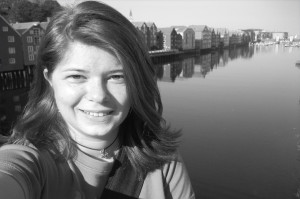 We invite photographers to share a series of five photos with the story behind each one. We are thrilled to start with a fun series by Claudia Ottilie from Claudi um die Welt (Claudi round the world).

A photographic journey with Claudia Ottilie

I like Ireland and went for the third time to the Emerald Isle last year and this time I rented a car. Left-side driving is not necessarily difficult for me, but the narrow roads of Ireland are.

I spent a lot of time looking in the wing mirror – and came up with the idea of shooting a series of  sights in the glass.

Ireland in the wing mirror

1.  Hanging flower baskets and colorful houses – Ireland is a burst of colour! Here in Tullamore the Irish adorn their homes and gardens with a similar obsession as the British. 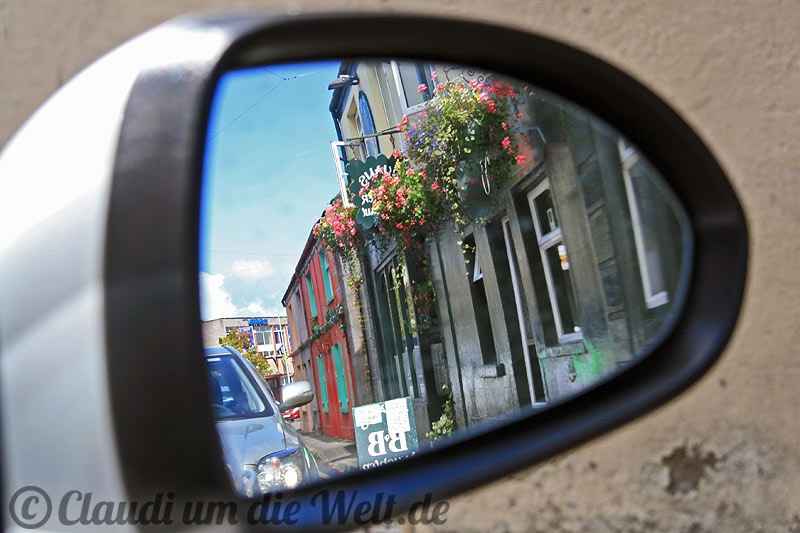 2. All over the island orange shining Montbretia borders the roadsides. When I look in the mirror, I see the Irish flag with green, white and orange. 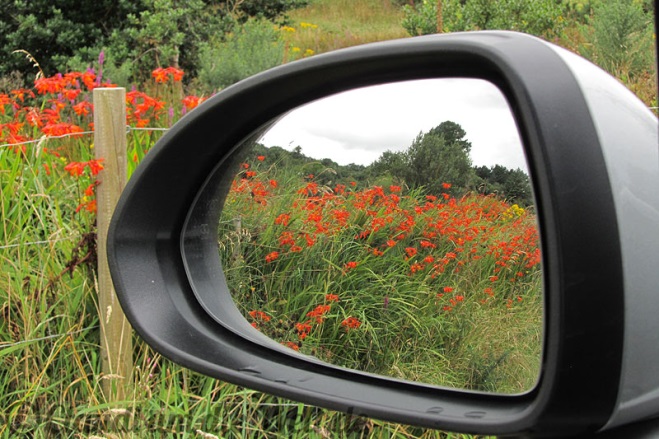 3. From the Ring of Kerry road a smaller road branches off near Portmagge. The Skelig Road leads along the Atlantic Ocean most of the drive and looks over to the Skellig Islands. The larger island in front is Puffin Island, which hosts colonies of those lovely birds. Right now a bad weather front moves back out to sea. 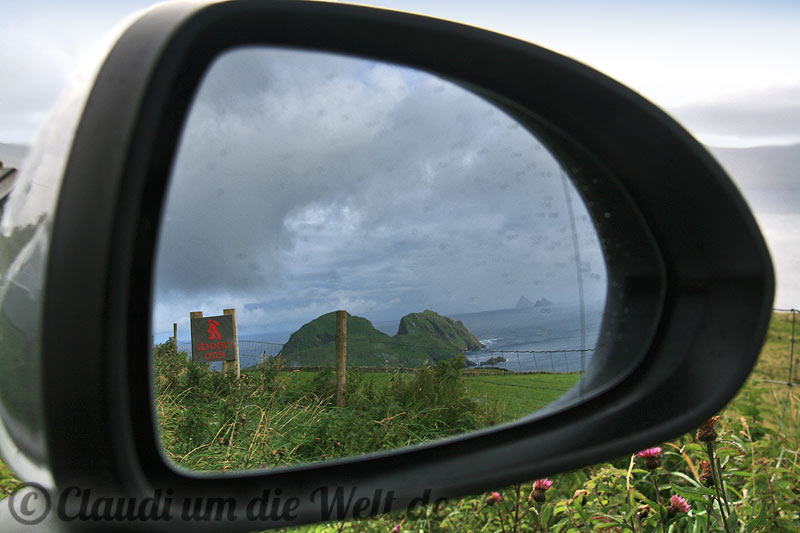 4. We Germans always have a funny thing for dwarfs. The Irish have a thing for them too!

This lovely pair of house keepers were sitting in front of a B & B in Kenmare, where we were served the best pancakes on the island! 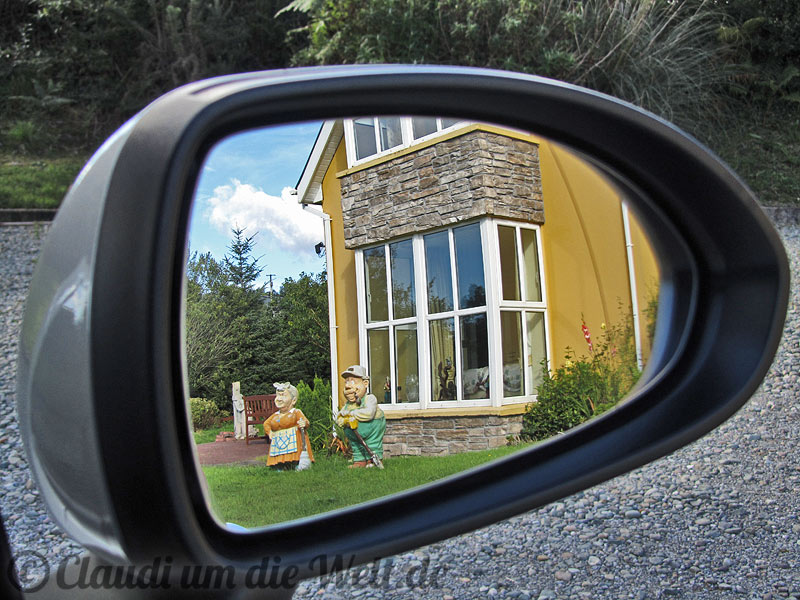 The heath is in full bloom in August in the northwest of the island. This is in Glenveagh National Park in Donegal, the national park has a few mountains and a great castle, where you can take a wonderful coffee & toffee break. 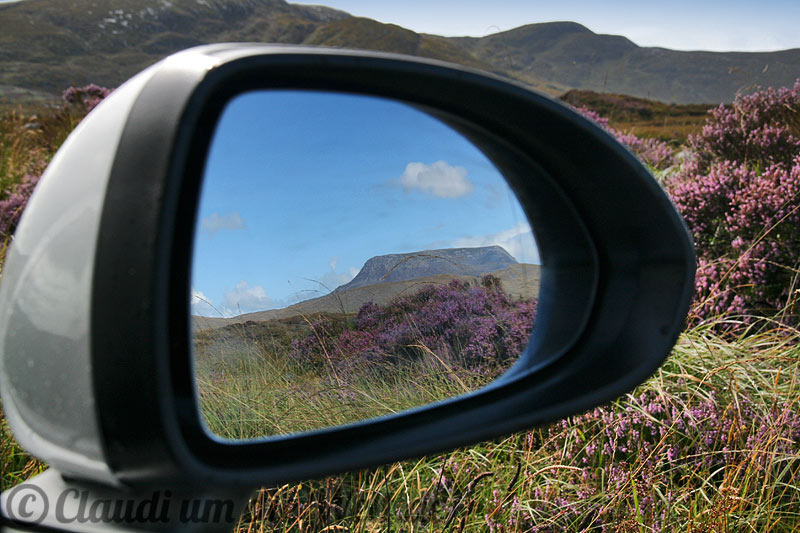 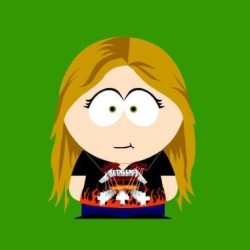 Claudia Ottilie
Claudi is a German freelance travel writer. On her website Claudi um die Welt, Claudi blogs about her travel around the world. With photographs that say more than a thousand words and a couple of thousands real words, Claudi tells stories of other cultures, adventures in inspiring landscapes and her encounters with human kind.