We were staying in the City Centre Hotel in downtown Phnom Penh. It is a decent hotel for the budget conscious traveller. When we arrived we were upgraded to a bigger room as the hotel was full. When we asked the receptionist the following morning to keep us tere for the remainder of our time, she agreed (at no extra cost I might add).

We spent a fine week in this bubbling city…filming and touring and what not. We loved it immensely…a vibrant slush of life, chaos and opportunity. It came to our final night and we were packing up to leave the following morning for a long bus journey to Saigon in Vietnam.

I was in the bathroom inspecting my toe and placed my foot on the sink for better bearing. I leaned forward and pressed my weight against the porcelain rimto inspect the peculiarities of my right foot’s big toe.

The sink thought for a moment, then flipped up and popped off the hinges. My weight and girth was far too monstrous for it. It spun up in the air and I managed to catch it in m arms. My years of keeper training were not in vain. The pipe attached to the underside of the sink popped out and residual water splashed, dripped and splayed all over the floor.

The wife ran out from the bedroom and helped me place it back on top of its stand. We turned off the taps and the wetness receded. We surveyed the result of my inopportune weight distribution.

One plate underneath the sink had cracked. The pipe which took away the waste water was unscrewed and wouldn’t go back in. The sealant which formed a barrier between the sink and the wall was unsealed. It was a straight up disaster. 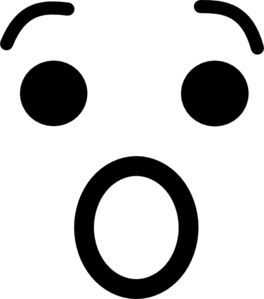 Be Honest or Own Up?

We had two options. We could do nothing. We could place the sink on its stand (it seemed to sit there without and movement. We could jam the pipe back in and ignore the leak. We could walk away the next morning at 7am and plead complete ignorance. This was an option. No-one would be the wiser until we had long gone and someone else could take the blame.

Or we could own up.

We could march down at 6am and tell the staff what happened. We would be responsible for it, accountable financially for the damages which would have to be paid.

I have to admit I was leaning towards option 1, but the wife had other ideas. Even though I envisaged a bill in the regions of $75-200, it was put to me that we had to take responsibility for our actions… irrespective of how accidental or stupid they were.

So own up we did. With our bags packed and ready to go, we informed the staff that I had dismantled the sink in an accidental late night mishap. A security guard came with me to the room and took a good look. He shook his head, moved a few bits and pieces and took a few photos. He returned down to reception to report back.

When we got to reception the guard was there to greet us with the receptionist. I feared the worst. I had the credit card nestled in the grip of thumb and forefinger. In my head I thought that I wouldn’t pay a cent over $200.

He smiled at me did the security guard: “No charge”, he casually informed me. “Don’t worry, not a big problem”.

I was blown away. In most places in South East Asia that would have been prime time rip off the tourists even though they were responsible kinda fare. We were very thankful, shook hands intensely and left them the biggest tip from our travels so far. 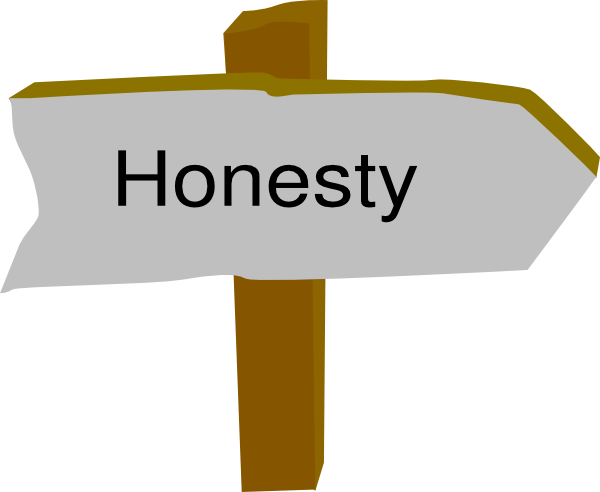 The Thing about Honesty and Integrity

The simple analogy and life lesson here is that honesty is the best policy. If you own your mistakes then you allow others to deal with the consequences. If you act with integrity and honour, then those around you will (hopefully) do the same. You attract what you give out and you get what you are looking for.

Nowadays I am in a position where I feel like being true to myself and my principles irrespective of the outcomes (even if I do need a push from my wife sometimes!).

Another example that springs to mind recently is a trip which we had planned with some friends to a water park near Nah Trang in Vietnam. The park is located on an island just off the mainland and features lots of amusement themed fun filled activities.

While we were researching online, we found out that the company has a dolphin, monkey and dog show as part of the all-inclusive ticket price. I found this abhorrent to my feelings about animals. I hate (I don’t use that word lightly) the way which humans use animals for food and entertainment. It makes my blood boil and my wife and I agreed that we wouldn’t be giving our money to a company which still has such archaic practises as part of their repertoire.

Telling my mates was easier than I thought it would be. In years past I might have felt more embarrassed to explain my new stance on things. Telling your male friends that you won’t go to a water park because of a company’s policy on animal welfare is not a regular occurrence. You have to roll up the sleeves, balls up the guts and just spit it out.

And they didn’t seem to care. Not in a bad way… they just accepted my stance and went without us. BUT… they did boycott the animal shows as a small sign of solidarity. It was a win for me on a few levels.

On the trip from Cambodia to Vietnam, I downloaded a few movies to watch. One of them was a documentary of sorts about Gore Vidal…the author and social commentator from good ol’ US of A. For those of you who have not read some of his works, you should! He is a remarkable writer and offers up a refreshing account of the political malaise and shenanigans of the White House and beyond.

One segment I found particularly pertinent to the story I am writing here, was a short segue included which talked about his grandfather Thomas Gore. Thomas Gore was a US Senator who lived by the book, with honesty and integrity. He fought hard for the good of the people who elected him. He was blind still managed to work his way to some of the highest echelons of American Politics.

When he eventually retired from politics, he did so penniless. Gore remarked that he was probably the first and would be the last senator from an oil state to do so.

I am reminded of a line from a play we studied over 25 years ago in school. The play was written by Irish Playwright Sean O’Casey and is set at the time of the Irish Civil war in the 1920’s. In one very poignant line, a character called Mary Boyle speaks defending workers who are on strike.

And no truer a word was ever spoken by a fictional character… A principle IS a principle. For me, going forward in this life, I have to live with complete openness, honesty and integrity. These words supersede my past, they overpower my doubts and they are values I will instill on those who come after me.