When we arrived in Lake Atitlan, Guatemala, we were beginning to get worried that we would run out of inspiring stories to film and write about – but as soon as we stopped looking for stories, the stories came to us. 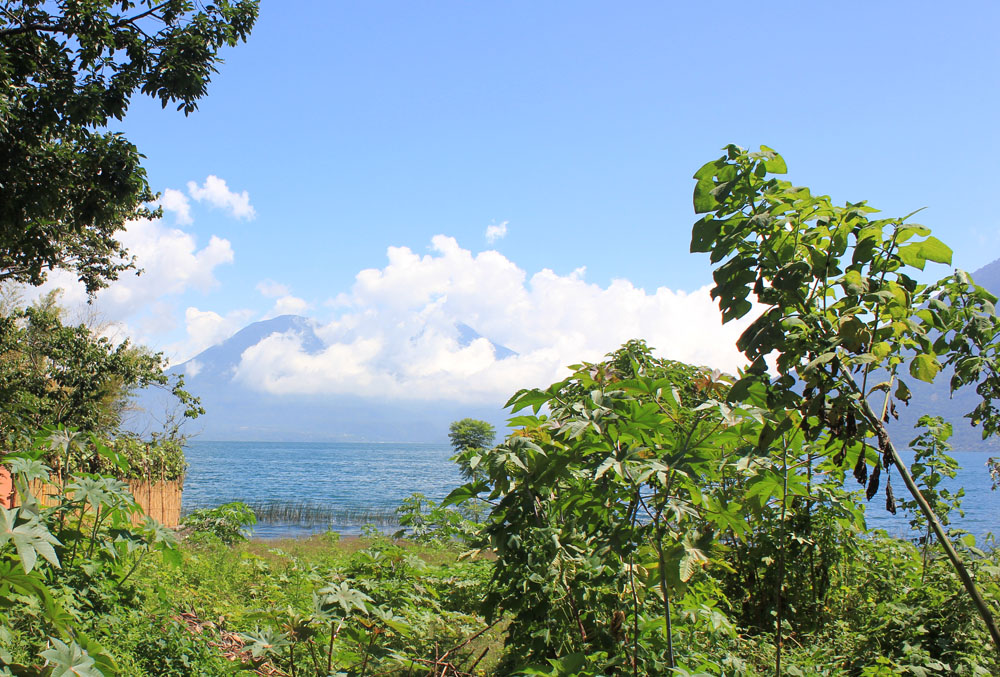 Lake Atitlan is stunning from every direction

Meeting a hippie in San Marcos

We ran into a quirky German ex-hippie in a small bar in the town of San Marcos. He told us about a friend of his who ran a soup kitchen that is making a difference to some of the poorer locals in the Mayan community. He gave us a contact and we arranged a meeting for the following day.

Benjamin Herrarte came from Guatemala City and was originally a fashion designer. He worked with local Mayan communities and used their skills and fabrics to make clothes which he sold to the big labels in the USA.

This was back in the days of free love. Around this time, Benjamin went to India on a pilgrimage to find spiritual meaning in this life. His guru told him that the true meaning in life can only be discovered in how you serve others. He took this attitude with him in his business in Atitlan, building an eco lodge which served the environment and tourists, while making a difference to the locals.

Business was going smoothly. Life was good. But he started to notice some cracks. Alcoholism and ill-health were prevalent in the community. Many local people lived far below the poverty line and struggled to put food on the table. The community was unable to care for many of the elderly and some were starving. 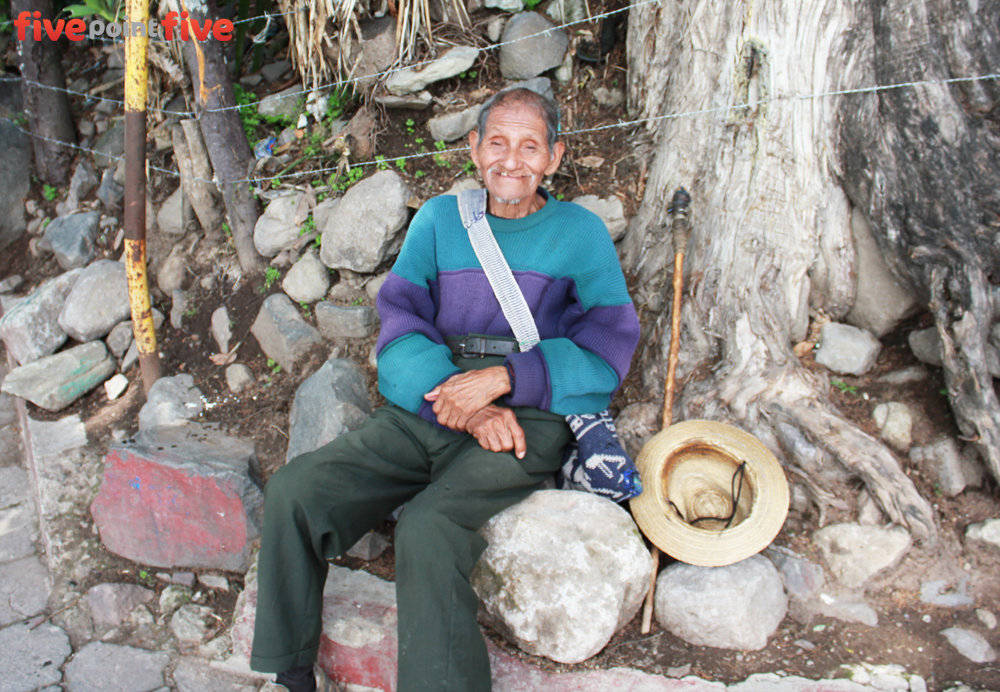 In poor communities the elderly often suffer the most

Benjamin headed a drive in the community to change this. He began to think about how he could help these people and made the decision to develop a soup kitchen called “Konochel” which means “together” in Mayan.

He drew on his experience cooking for thousands at big seminars throughout Europe. He used the gardens he had around his restaurant to grow plants and herbs which were popular in old Mayan communities. Much of the knowledge about nutrition has been lost over centuries and Benjamin intends to help them remember. 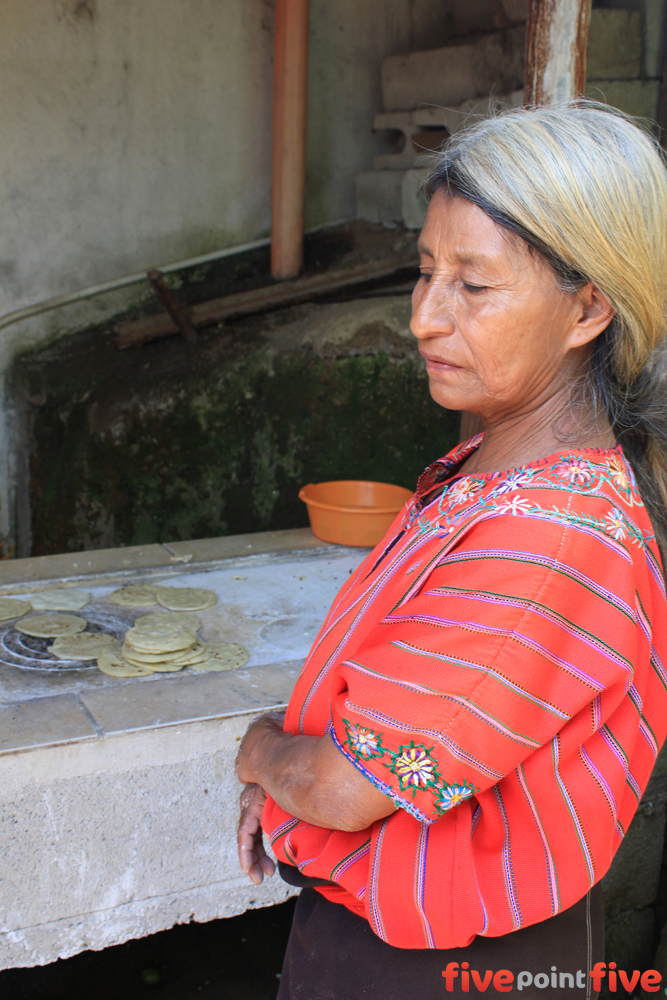 Some of the recipients volunteer every day

Putting it all together

He arranged a team to work with him. He employed three local women who would become his chefs, and a local community kitchen was made available to him. He created a meal plan and began serving a wholesome lunch 5 days a week. 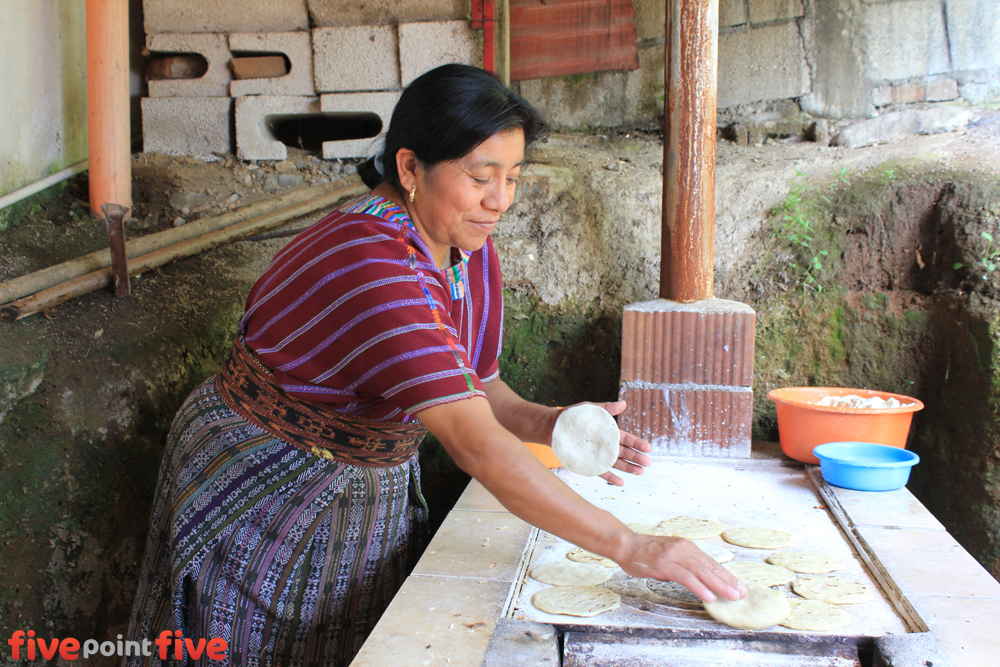 They now feed 60 people from the community, mainly old people who are unable to work, and young families who are suffering financial hardship.

Feeding the body and soul

On the day we visited we saw firsthand the people who benefit from the program. The women in the kitchen created a delicious serving of lunch with a healthy drink to wash it down. The food serves to fill the bellies, but the communal caring nature of the kitchen serves to fill their hearts too. 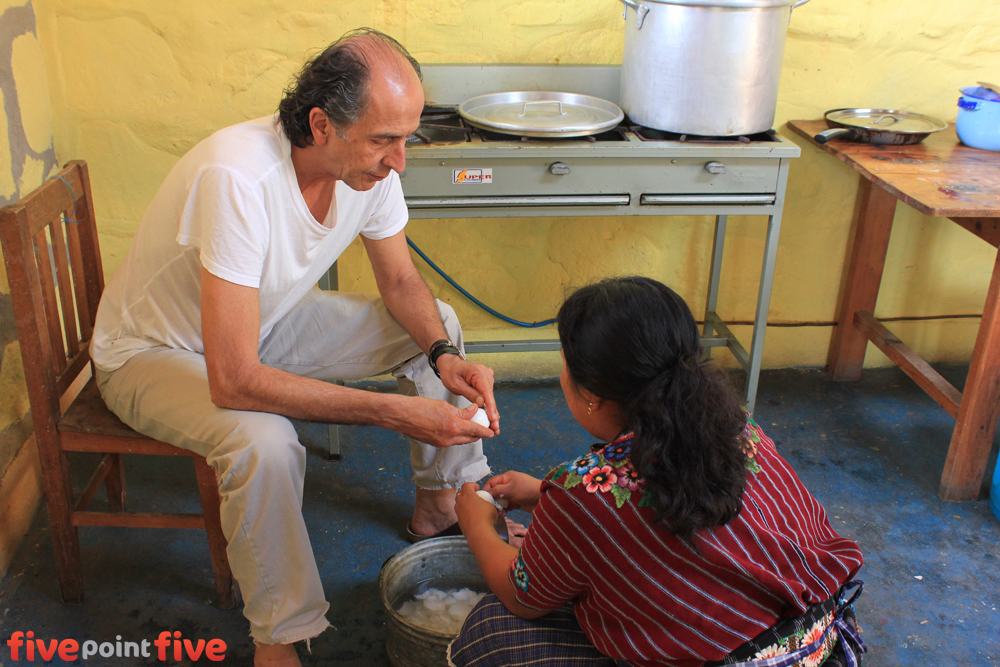 Part of what Benjamin spoke about was the way the kitchen bonds people and lets them feel loved and cared for. The kitchen serves as a reminder that not all benefit from economic prosperity and that none should be left behind.

What the future has to hold

As with all charitable endeavors, they need money. Benjamin has been helped by occasional overseas donations but for the kitchen to survive, they need more consistency of funds. They operate on a month to month basis right now, surviving on the charity of tourists and small donations.

In Benjamin’s opinion, as well as overseas help, the restaurants in the towns which are doing well from tourism should contribute more. This is where the project can ultimately be sustained from.

If the people who are profiting from the tourist trade gave back to the community, then those in the community, who are struggling, can have more security.

And this we agree, is something worth fighting for.