We invite great photographers to share a series of five photos. In this feature Shane Dickeson shares his incredible  photos and story of the Canadian Rockies. 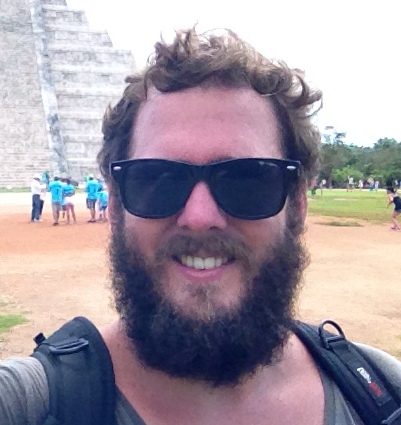 A photographic journey with Shane Dickeson

Midway through this year, my partner and I embarked on our long awaited year long adventure around the world.

A month into our travels, we spent a few weeks during the Canadian summer exploring the nooks and crannies of the Rockies, where the sun gods shone down and revealed to us some of the Earth’s true emerald gems…

Glacial Lakes of the Canadian Rockies – The Emerald Eyes of the Earth! 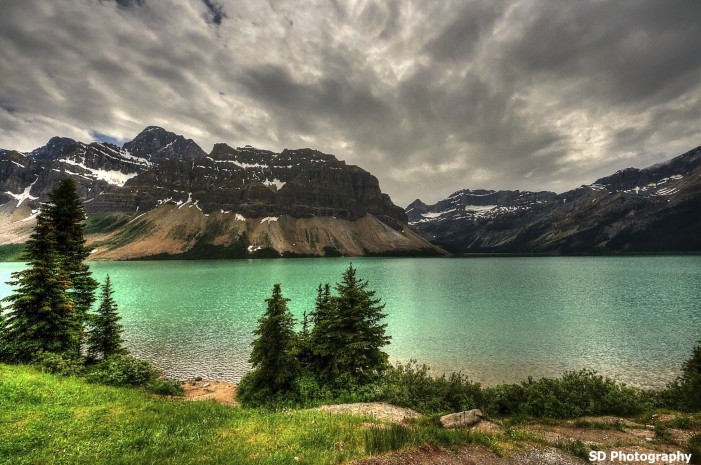 Nestled perfectly in amongst the pristine glaciers in the mountain ranges behind, Bow Lake reflects an ever-changing emerald hue as the sunlight dances overhead.

The Bow and Crowfoot Glaciers, standing tall and frozen in time, frame this serene lake to perfection, all from the comfort of one’s car window as you travel along the infamous Icefields Parkway between Banff and Jasper.

Bow Lake lies closest to the headwaters of the Bow River, which winds its way intricately south through The Canadian Rockies, and makes for what I think is a perfect introduction to what the Rockies have to offer. 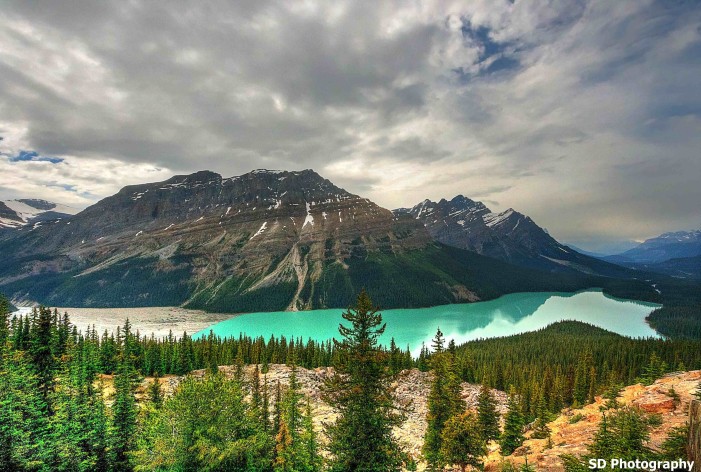 This is by far my favourite lake in the Rockies and I’m certain most of the visitors that make the 15 minute hike uphill to the top of Bow Summit would agree.

This spectacular view point gives you a birds eye view into the Waputik Valley and the Peyto Glacier which feeds Peyto Lake, bringing rock flour downstream to give the lake its magnificent turquoise colour.

As you marvel at this shimmering gem staring back at you, it is also quite upsetting to notice just how much the glacier has receded in the past century, and knowing that someday it may just disappear entirely. 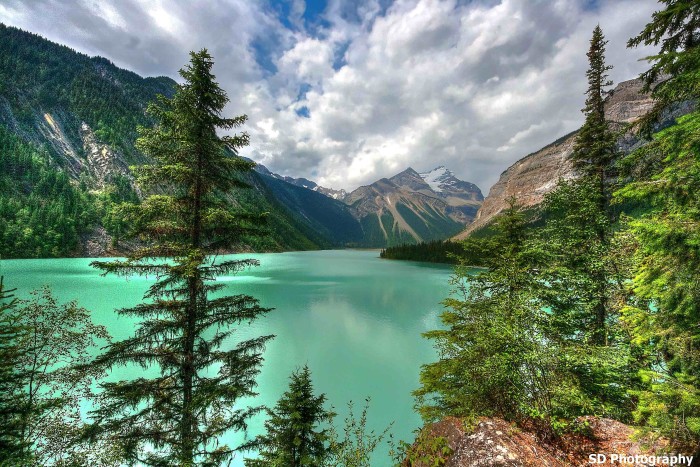 Hands down the most rewarding lake we visited – staring into the soul of Kinney Lake requires you to be completely immersed in the beauty of the Rockies.

Surrounded by high mountain peaks and lush alpine conifer forest, Kinney Lake is your glistening prize at the end of a 5km hike on the Berg Lake Trail. Once you set your eyes on the lake, a serene feeling of isolation and freedom encapsulates you, and you truly feel at one with nature, easily spending many hours taking in its beauty. 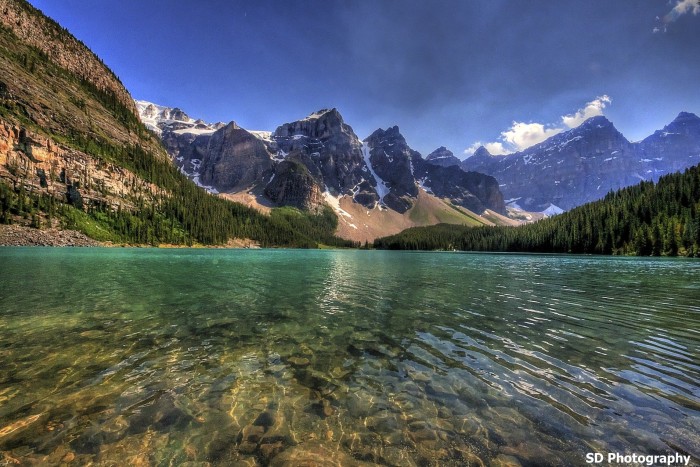 Almost as famous as its well-known sister nearby (Lake Louise), Moraine Lake lies in the Valley of the Ten Peaks, surrounded by several well-trodden hiking trails.

Around its perimeter, the ‘Rock Pile’ hike rises 80 feet above the lake for a fantastic view. Moraine Lake’s unique blue colour sets it apart from the rest, and makes it a well known highlight of Banff National Park. 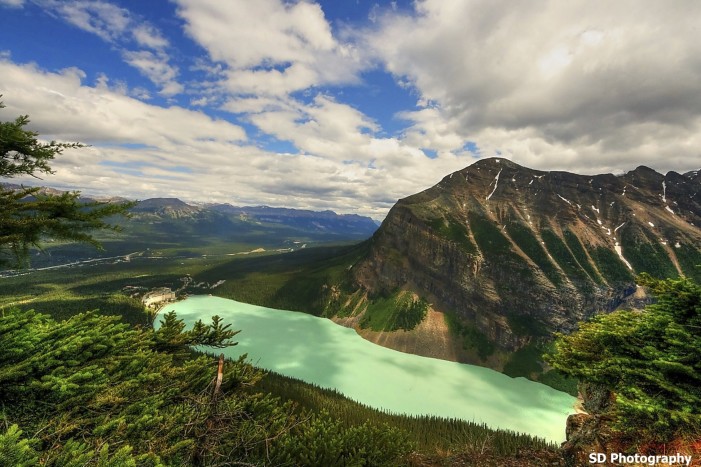 A tribute to the pristine lakes of the Canadian Rockies would not be complete without her. Stripped bare of the tourism and hype, Lake Louise glows in all her glory and a deep sense of admiration and intrigue is awakened.

If one is prepared to venture even deeper and summit the 1000ft high ‘Big Beehive’, the true silhouette of Lake Louise is revealed and she lies there exposed, as you stare in awe. I can assure you the steep switch-back incline is worth enduring for such a magnificent sight. 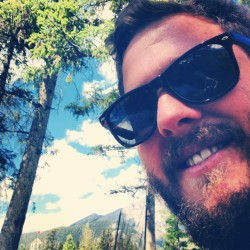 Shane Dickeson
Shane Dickeson is a blogger and photographer, currently backpacking his way through Central and South America, as he continues on his year long adventure around the world. Shane has a passion for the outdoors, always hiking, diving or surfing, amongst other things, and loves visually sharing each of these amazing experiences and destinations via his blog.

2 thoughts on “Photographer Feature: Glacial Lakes of the Canadian Rockies”