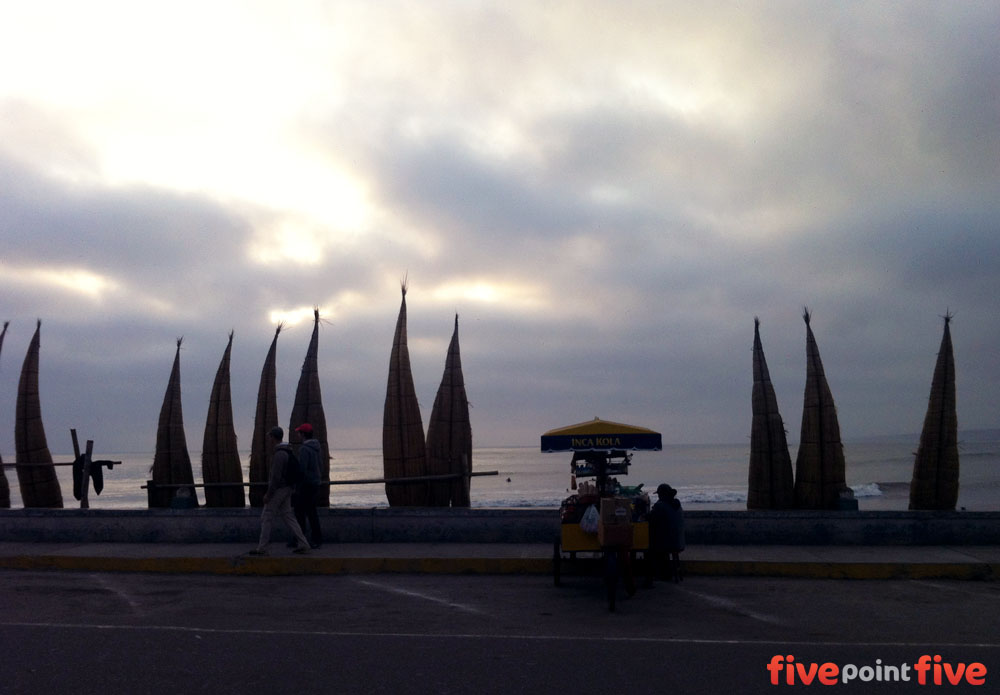 The sleepy beach in Huanchaco on the Pacific Coast

There are a multitude of various bus companies available in Peru. It is a boggling and sometimes overwhelming few hours spent trawling through google looking for reviews and websites for those who will go where you want. If you are travelling in the Northern part of the country then let me recommend one who I love – ITTSABUS

Let me tell you a story about why I love ITTSABUS so much.

We had spent a week in the lovely sleepy beach town called Huanchaco, which is a 20 minute cab ride outside the town of Trujillo. It is a lovely place to relax and recharge after long dusty travel. We went to visit the ruins of Chan Chan which are incredible to see up close. We chilled in nice cafes and watched the surfers surf. We mellowed.

I played some poker online. I got down to the last 120 people of the Sunday Million – a poker tournament which has an average 6,000 players and over $1,000,0000 prize pool. My WIFI connection dropped and my wife and I ran through the streets of this sleepy little town searching for a café, which was open with good internet.

By the time I got back online almost half my chips were gone and I got knocked out of the tournament soon after. It was not a good feeling, but is something you need to accept as an online poker player travelling in Latin America.

A few days later we decided to head on to Lima and keep going south towards Cusco. Having spent a few hours online we eventually decided to travel overnight with ITTSABUS. 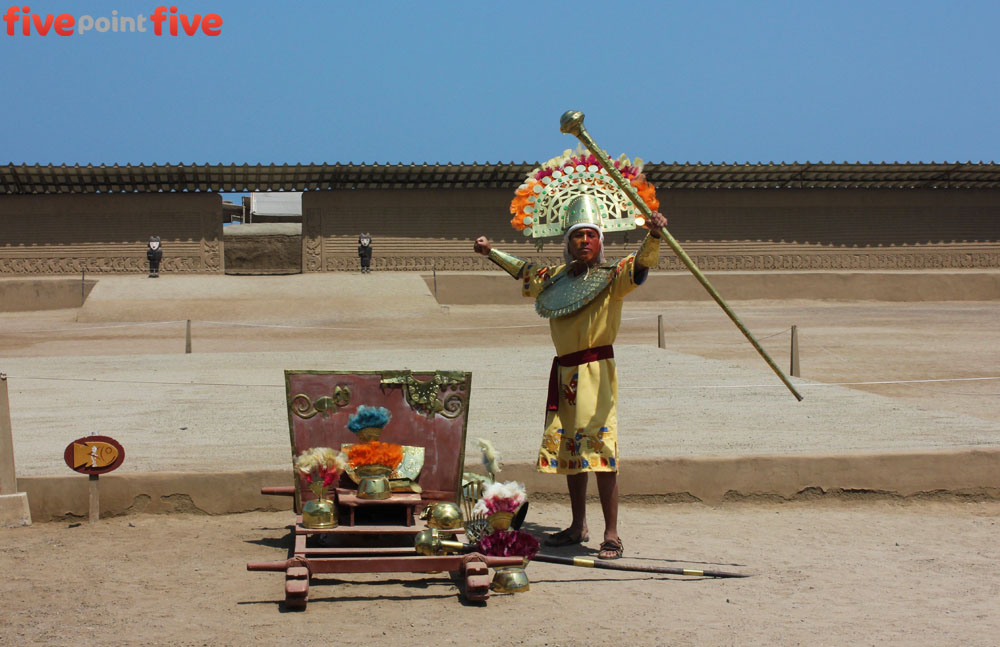 The warrior in the ancient ruins of Chan Chan

We packed our bags and our hostel owner called us a cab. The cab which arrived was a broken down old banger driven by a raggedy old toothless man with his son of 10 years or so sitting in the passenger seat. It was a nice drive and twenty minutes late we were at the bus terminal in Trujillo.

We went to check in but in broken Spanish we realised we were at the wrong terminal. Luckily our taxi driver was still outside and he promptly brought us to the correct one.

We were a little ragged as we were now rushing to get the bus. We hurried up to the check in terminal to get our bags on and ourselves too. I put my hand in my bag to get my ID and cash from my wallet, but nothing was there.

Panic kicks in with vengeance.

We searched through every bag and pocket we had but there was no wallet. We delayed our departure for an hour and went through everything again. Nothing was found. I began to seethe and boil and curse and mumble to myself.

A frustrating few days was turning into a nightmare few days. I had around $400USD in the wallet and local currency too. My ID’s were in there. On top of that my vain pride was scarred as I took it very personally that I was idiotic enough to lose a wallet.

Girlfriends and wives always bear this in mind – when your lover is irate and manic having lost something, give him some kicking and screaming space till the steams blows away.

My lovely wife left and went to get a sandwich or something. I sat in the terminal literally kicking my backpack and punching it occasionally. I rang my credit card companies and cancelled them. My head was melting in the Peruvian air.

By the time my wife returned I had calmed a little. We were able to see the funny side to a degree and we both hoped that our poor taxi man and his son had found it and would benefit from the money which would go a long way for them.

Before long we were on our bus and heading south to Lima. 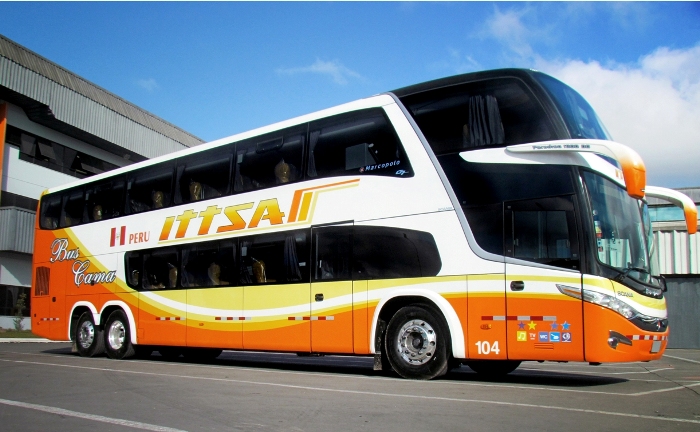 The glorious sight of an ITTSABUS

Here is why I love ITTSABUS

We were four or five hours into our journey and I was dozing on the comfy seats. The girl who serves the meals on the bus (yes, they serve meals on the bus…very fancy and tasty too) came up to me in my seat. She had a phone in her hand and indicated I should take it.

I spoke with a lady who told me that my wallet had been handed in to the security guard by someone in a taxi. The security guard then handed it in to reception. Reception checked their computer system to find out if I was on their bus. They figured out I was on my way to Lima and they called the girl who was running the bus to let me know they had my wallet.

They then told me they would send the wallet to the other bus station by taxi and then send it on the overnight bus to arrive the following morning to be picked up in Lima.

I was delighted and relieved to be getting my wallet and cards back. The cash would obviously be gone but I could live with that.

So we got to Lima, found our accommodation, had a good nights sleep and returned to the ITTSABUS terminal in the morning to pick up the wallet.

When I arrived I checked in at their ticket desk. The girl went and spoke with security and around twenty minutes later a man arrived with an envelope. He gave this to the girl at reception and she presented it to me.

I thanked her, opened it up and I could not believe my eyes…EVERY SINGLE DOLLAR WAS THERE!. I was actually a little emotional. I was blown away. I roughly estimated that the wallet had passed through eight or nine different people. From the taxi man who handed it in, right though to security who gave it to me. And not one person took a single dollar.

I tried to give the girl at reception a tip, $50USD to buy some drinks for everyone. She refused politely and with a lovely Latina smile told me ”we are just doing our job”. And that was that. I took my wallet jumped in my taxi and headed on with my life.

Rejuvenated my belief in human spirit

I was taught a simple lesson in human kindness and honesty that day. People are good. People are kind. People are honest. And when you least expect it, people will go above and beyond the call of duty to ensure you are looked after.

So that is why I recommend ITTSABUS. They are as good and comfy and have similar prices to all the others. But they have an honest and beautiful group of people working for them. And for that, they deserve your business.