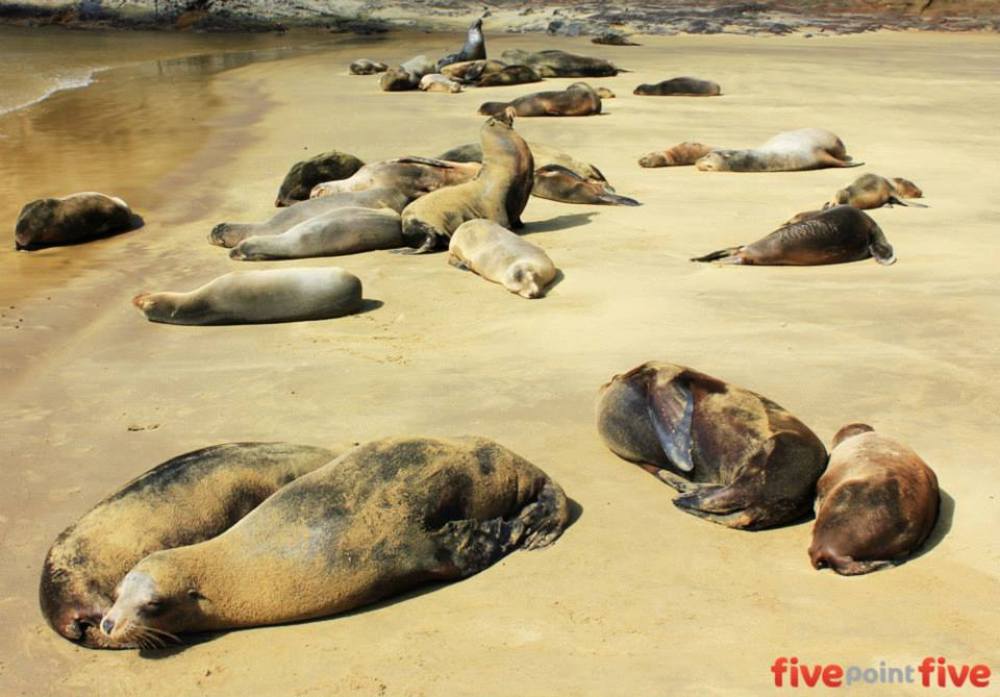 How wild animals should live – free and protected by humans

The Galapagos Islands are located in the Pacific Ocean, about a half hour flight from the Ecuadorian Coastline. They are renowned for their diverse and unique wildlife. They are also known for their association with Charles Darwin, for it was here that he developed his theory for the survival of the fittest.

Being such a remote group of Volcanic Islands meant the animals and plants developed in a way which allowed Darwin to observe cross breeding and contamination of species in relative isolation. The animals in turn, became an inspiration for Darwin’s theories in On the Origin of Species. There are few places in the world with such an incredibly self contained eco-system – In pristine condition.

What is worth your time and effort in the Galapagos is to be found in nature. In the ocean there are Penguins, Sea Lions, Manta Rays, Hammerhead Sharks and Turtles. On land there are Lizards, Giant Crabs and Tortoises. In the air are Albatross’s, Hawks, Finches, Frigates and Boobies. This is to name but a few.

The Galapagos is a must visit place if you can get the time and the money to do so. We are lucky that we were able to spend one month island hopping and cruising on a luxury yacht. We were blessed that we saw all the animals we could handle in the space of a few weeks. We spent longer than Darwin reportedly did himself on land there. 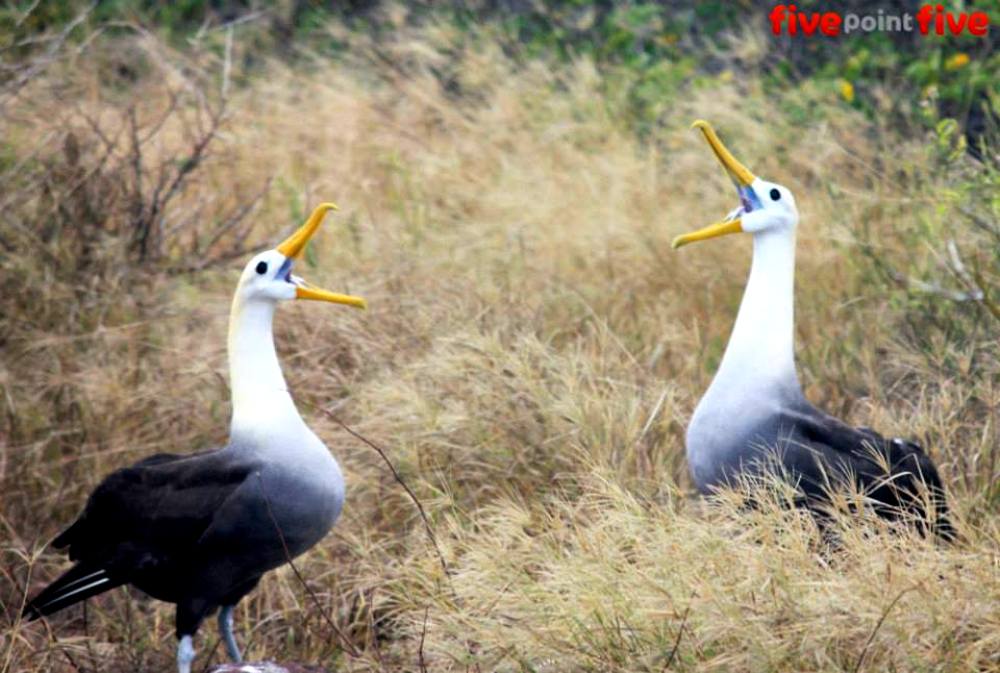 Two Albatrosses sing to each other in full mating pose

The Galapagos changes your perspective. It is like a real life living zoo in a way. The animals and humans live in harmony. Well, relative harmony. This is how nature should be seen. This is the way animals should live. They should be given freedom and protection. They should be allowed to hunt each other in peace. They should not be kept in cages in zoos (prisons for human pleasure).

I know that some zoos do great work rehabilitating animals for the wild. But a large majority are simply theme parks for humans. They are not a good example of how we can co-habit this planet with beast and bird. The Galapagos Islands allow you to see and interact at a “one on one” level. The animals are free and chose to be there. The humans visit and leave. The balance remains intact.

A Rant about Sea World

I remember a few years ago I went to Sea World in tropical Queensland in Australia. There was a polar bear there. The cage was sponsored by Coca Cola. I do not make this up. I was shocked and left the park in disgust. How arrogant we are. How insane we are as a group. The incredible thing is that SeaWorld find no fault in what they do. And people pay good money to see it.

Recently a cub was born in the prison there. This is what they had to say about the little animal

Yes Polar Bear pre-school. For it is in a prison in The Gold Coast Australia the POLAR Bears should learn that habits to survive in the wild. Dying to “eat” you is what it should read. Here is some of the other nonsense that Sea World say on their site.

“Sea World’s Polar Bears are ambassadors for their species and play a vital role in raising awareness of the effects of global warming”.

Read that sentence over and over again please. Examine the ludicrousness of it. Follow the logic. Think of the idea of a Polar Bear being a cognitive, acting ambassador. Think of the Polar Bear raising awareness for a cause it knows nothing about. If you do one thing in your life to make the world a better place, let it be NEVER VISIT ANY SEA WORLD. Let us send them out of business and free the animals that way. Simple.

I show this contrast because I know we can do better. I know as a group of people we love animals. For the most part we want the world to live in harmony. Most of us want a happier and more balanced life. The Galapagos is a peak at what is possible. Go there and see for yourself.

If you liked this then you may love these…