Mishelle Rudzinski and Cindy Kaplan are our newest CALI Award winners. Upon witnessing the severe malnourishment in their newly adopted children, they were inspired to co-found the SPOON Foundation – a nonprofit dedicated to improving the nutrition of orphaned, fostered, and adopted children.

Q: Tell us about the work of the SPOON Foundation

We co-founded SPOON Foundation in 2007, after our adopted children arrived in the USA, severely impacted by malnutrition. As our kids began to heal, we couldn’t help but think “what if,” and felt an intense responsibility to the children left behind.

We sought ways to volunteer, but couldn’t find any organisations who were working to systematically change the rampant problem of malnutrition in orphanages – in Kazakhstan, or anywhere else in the world.

SPOON is the first and only organisation worldwide, wholly dedicated to improving the nutrition and feeding of children in orphanages and foster care, as well as children impacted by disabilities and/or institutionalised care. With active programs throughout Central and South-east Asia, we are currently working to extend our global impact to benefit children in the US foster care system. 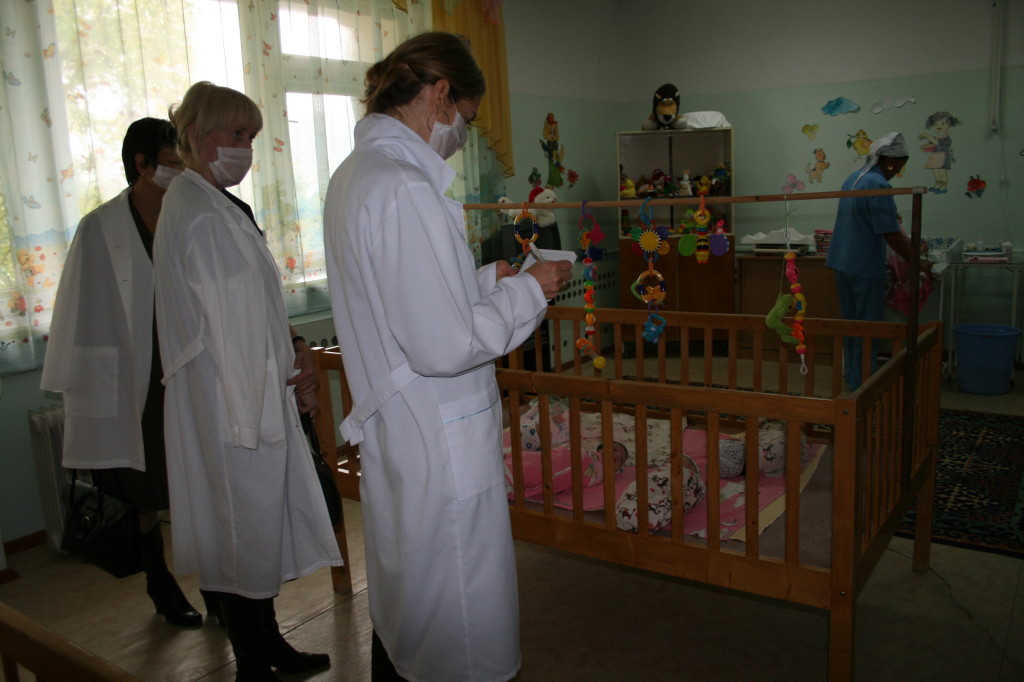 SPOON’s own research has documented rates of malnutrition as high as 94% in orphanages, and validates that children impacted by institutionalisation are far more likely than children living in families, to suffer from life-impairing and life-threatening stunting, wasting, and micro-nutrient deficiencies.

SPOON leverage’s this data to catalyse international and regional initiatives, designed to protect children from the devastating, yet easily preventable, impact of malnutrition and improper feeding.

We focus on creating long-lasting change, as well as partnering with governments, local and international organisations, in every step of our programs. This ensures ownership of jointly defined solutions, and helps establish local capacity to sustain and monitor solutions over time. 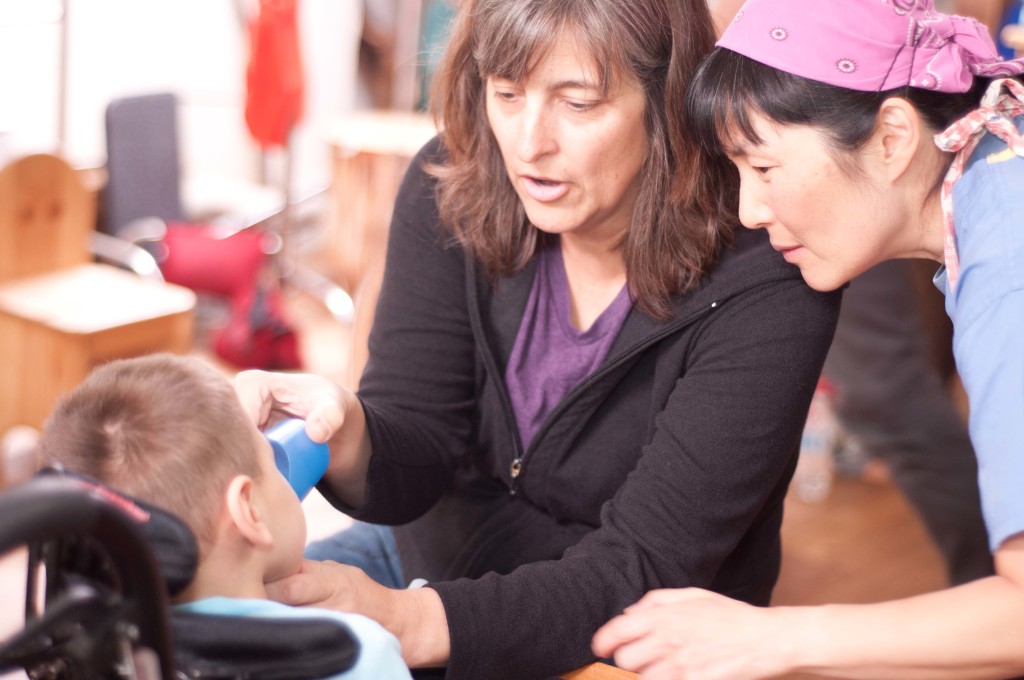 Mishelle taking part in an education video shoot, as part of a SPOON series that educates orphanages caregivers on best nutrition and feeding practices.

Q: What inspired you to set up the foundation?

Cindy: When my husband and I adopted our son Jadyn, he was declared to be suffering from “failure to thrive” – an imprecise medical term used when a child’s weight, is significantly below that of other children, of the same gender and age.  At 8 months old, Jadyn weighed just 11 pounds and did not have the strength to lift his head.

I took Jadyn to nutritionists and feeding experts who did not have experience with adoption, and I quickly became frustrated. The standard approach for helping a malnourished infant is to feed a high-calorie formula, and continue it past the typical cut-off age of one year, if necessary.

But Jadyn had been so traumatised by the way he’d been fed in an institution (too rapidly through a cut nipple hole) that he rejected bottle-feeding and most liquids. Doctors predicted that he would be forever impacted by his neglected start in life. 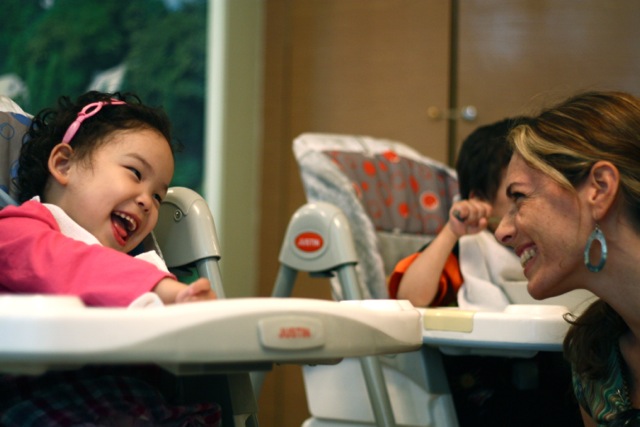 Cindy in Kazakhstan with a child who benefited from SPOON’s work, improving nutrition and feeding practices in the country’s baby homes.

Mishelle:  Around the time Cindy adopted Jadyn, I adopted a little girl from Kazakhstan.  My daughter Bakha, was 5 years old and so severely disabled by an undiagnosed – and fully preventable – case of rickets and anaemia, that the adoption agency made me sign papers stating I understood that Bakha might not live to the age of 18.

Within days of the adoption, Bakha was diagnosed with rickets and given high doses of Vitamin D.  Within weeks, she started walking and then running.  She grew eight inches in the first year home.

In 2007, a year after our families were formed through adoption, we created the SPOON Foundation to protect the millions of institutionalised children around the world from the debilitating – yet fully preventable – impacts of malnutrition and improper feeding. 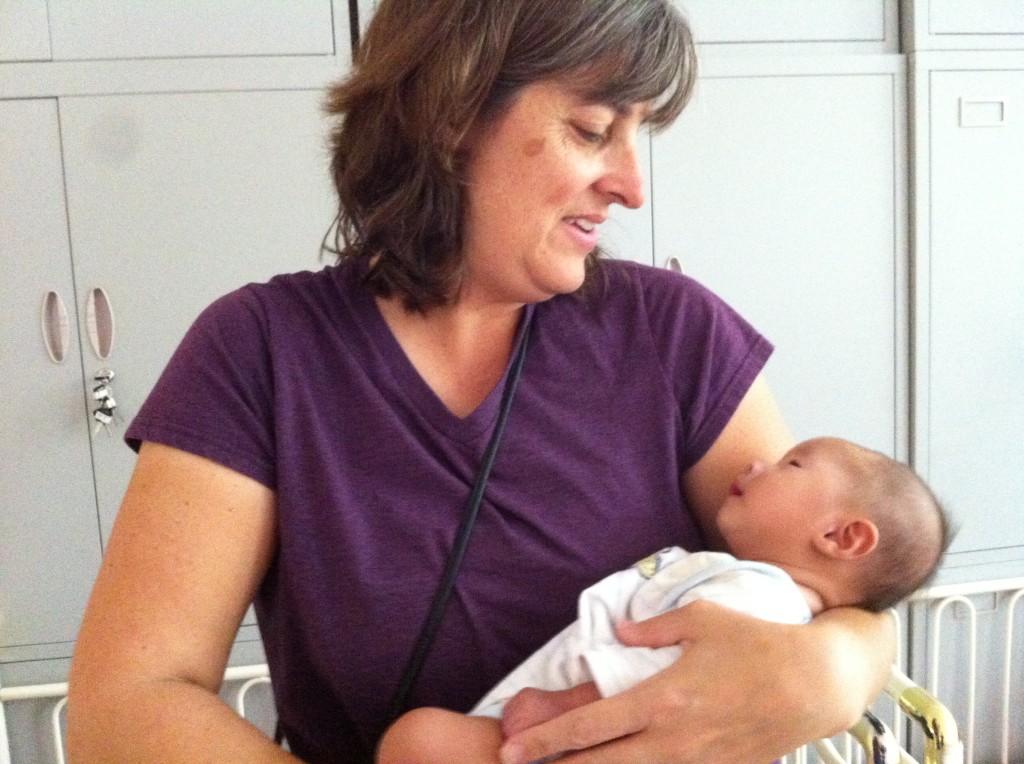 Mishelle visiting an orphanage in China, in 2013.

Q: What are the biggest challenges that orphaned children face?

The goal for every institutionalised child should be living with a permanent family, whether it’s reunification with the birth family, placement in a long-term foster family, or adoption by a family equipped to meet the child’s  needs.  Unfortunately, there are many obstacles that prevent children from leaving institutions.

One major obstacle is poor health, often brought about by malnutrition that is completely preventable. Once a child is malnourished – and between 75% and 91% of children in the orphanages assessed by SPOON are – he or she is much less likely to be placed with a family.

The longer a child remains in an institution, the greater the chances that child will become further malnourished, leading to a vicious cycle whereby the child becomes trapped by poor health, disability, and institutionalisation. 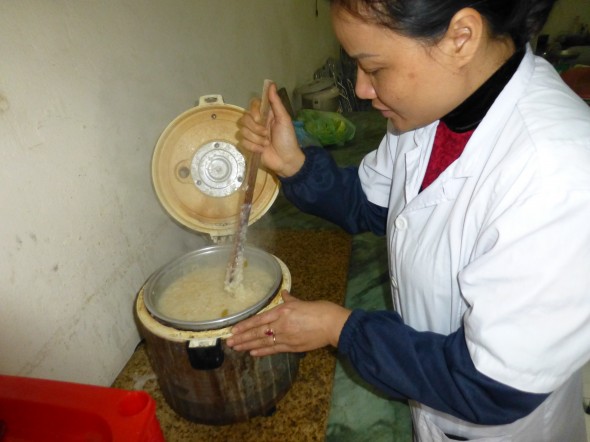 Q: What are your thoughts on the global move to de-institutionalise?

While the promotion of de-institutionalisation is based on good global policy, the unintended consequence is horrific for the children who remain in institutions, who rely on their health for survival and for placement with a family.

The movement towards de-institutionalisation has essentially prohibited development funds from being used to improve conditions and outcomes for children in orphanages.

Since children in institutions have a higher rate of malnutrition than children living in nearby families, they are in great need of food and nutrition aid.  Healthier kids are much more likely to be reunified with their families or placed with families for adoption. When services do not reach the millions of children still living in orphanages and foster care, they are ironically, less likely to get out.

SPOON’s programs are designed so that children will become healthier and have better long-term outcomes, including placement with a family.  But in the meantime, countless children are in institutions, and they desperately need assistance.

Difficulty feeding a child can contribute to disruption in a family, so we also work to equip adoptive and foster parents, as well as parents of children with disabilities, with the tools they need to properly feed and nourish their children. 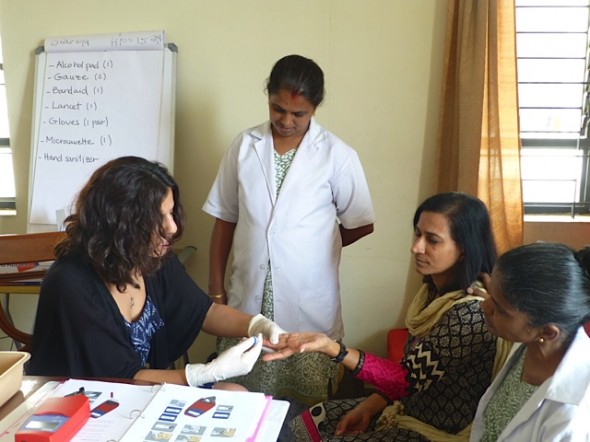 Nutrition screening training, being given in India.

Q: What is a result of your work that you are particularly proud of?

SPOON’s early work in Kazakhstan led to national policy changes, resulting in improved nutritional norms, menus, and feeding practices throughout the country’s baby homes (orphanages for children aged 0-4). We are especially proud that our first large-scale success impacted the children, from our children’s country of birth.

We had spent many weeks interacting with those kids and are happy to know that they are not completely forgotten, and have a chance at a healthy childhood. We are very excited to know these results are now being replicated in other countries where the need is so great.

Mishelle: My own children drive me.  My older daughter, adopted from Kazakhstan, speaks often of the tremendous amount of pain she was in for the first five years of her life, as a result of malnutrition.  My younger daughter, who spent close to four years in an orphanage in China, has only one memory: laying in her crib alone, feeding herself a bottle.

Every child deserves to live a pain-free and healthy life, and should be fed in the arms of a caring adult.  I look at my kids and know they are representative of so many others, who are living through what mine experienced, and it increases my resolve for SPOON’s mission.

Cindy: I watch my son continue to struggle. Nothing comes easily to him. We will never know how much of that is owed to malnutrition versus genetics, but it is the one factor that could have been so easily avoided through something as basic, as adequate nutrition and feeding.

Knowing that there are many millions more children out there starting life like he did – and knowing it take so little to make a big difference for them – that drives me. 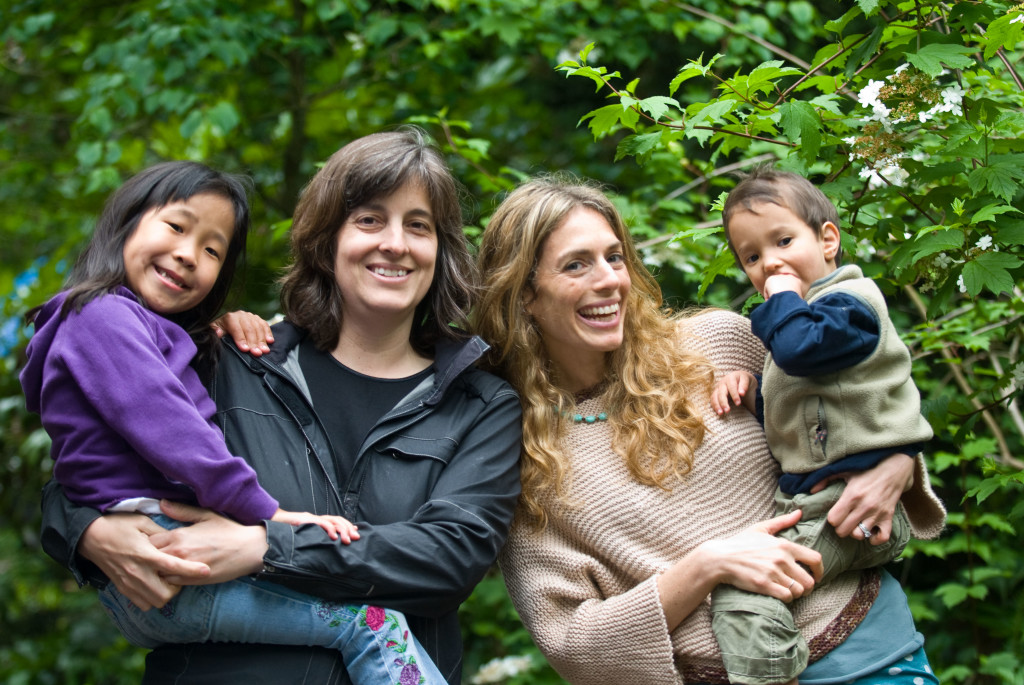 Feeding a baby or child, that doesn’t have a family.

Mishelle Rudzinski is a paediatric speech-language pathologist specialising in the communication and feeding of children with severe disabilities. As the Co-founder and Director of Feeding & Disability Programming for SPOON Foundation, she works in a variety of programs designed to improve feeding and nutrition for children with disabilities around the globe.

Cindy Kaplan is the Co-Founder and Executive Director of SPOON Foundation. She has been elected into the prestigious Ashoka fellowship, and is a facilitator of the Nutrition Task-force for the UNICEF-led, Global Partnership on Children with Disabilities. Cindy is a serial entrepreneur with a background in psychology, wellness and marketing.