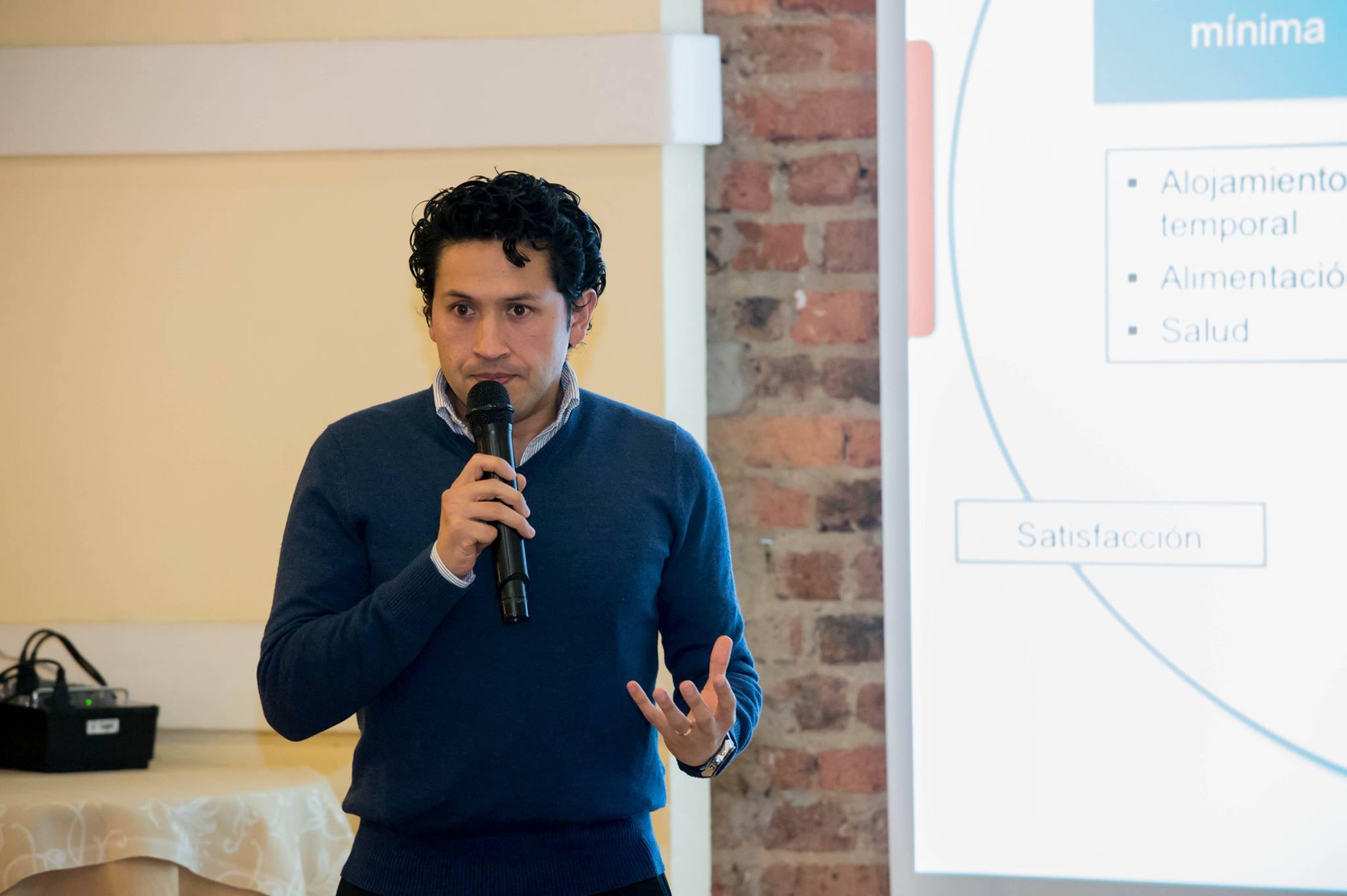 Camilo is a public policy enthusiast with extensive experience in assisting communities and local authorities in conflict ridden areas. He also designs and manages massive social programs for vulnerable populations in Colombia. After a stint in economic journalism and corporate finance, he found meaning in the challenge to align social causes with the rigidity of public administration.

He firmly believes in the benefits of sound public management and, oddly enough, he finds it exciting. He is getting ready for a one year sabbatical in his Masters in Public Policy Program at Princeton University. His next step: more of the same, but at a higher level.

Q: Tell us about the work that you do.

Camilo: For the last nine years, I have been assisting victims of Colombia’s internal armed conflict, with the government and NGO’s. My work has comprised of fieldwork as a community worker and liaison with local authorities in war-torn areas, as well as posts in higher ranks of the central government.

Through my fieldwork experience I learnt that community work, while deeply rewarding, was not for me. There is a seemingly unbridgeable gap between the needs of local authorities, and the programs of the central government which are supposedly intended to help them.

In a centralist country like Colombia, I decided I could make a more significant contribution from Bogota and joined the government in 2009, where I have worked with issues relating to victims of antipersonnel landmines and the internal armed conflict. Our internally displaced population, amounts to over 5 million people – 10% of Colombia’s population.

Q: What inspired you to get involved?

Camilo: Curiously, my interest in social affairs and the public sector started late. Upon completion of my BA in Business Administration in 2000 in an elitist private university in Colombia, I went into a three-year series of unfulfilling jobs in corporate finance and journalism in Bogota.

I was struck by the way in which the internal armed conflict was blamed for nearly everything that did not work properly in this country, and by the fact my petty middleclass life could go on untouched by it. I could not help feeling the insulated bubble in which I had grown up, was just a facade to a brutal yet fascinating reality I wanted to understand.

This reflection led me to studying a master’s degree in Sociology at the London School of Economics, the best way to a career change I could think of at that time. I came back to Colombia with a rather naive Tolstoyan desire to work “in the field” and “with the people”, which did not work because of my lack of experience.

I took a post at Colombia’s National Department of Planning (DNP), where I could finally start working in issues related to the internal armed conflict, but found I could not stand posing as an armchair expert on realities I hardly knew about.

Less than a year later, I left the comfortable technocracy at DNP to volunteer in a field office of an international NGO in Colombia, the only option available to compensate for my lack of experience, and where I could finally discover what community work with victims of the internal armed conflict entailed.

Subsequent bankruptcy forced me to look for paid field positions in government and intergovernmental organizations, where I could also work closely with local authorities in war-torn areas. Since then I have been working on social policies aimed at restoring victims rights.

Q: What is a result of your work that you are particularly proud of?

Camilo: I can mention two. Firstly, as an adviser to a regional office of Colombia’s former National Commission of Reparation and Reconciliation.

Here I contributed to enabling communities in the municipalities of Tierralta and Valencia (a stronghold of demobilized paramilitary troops), to understand the implications of recently enacted legislation aimed at restoring their rights, and to judge and condemn perpetrators.

.
Through my intervention as a CNRR delegate, I contacted local Christian ministers to explain to them what the new law entailed and what victims have to do in order to grasp the benefits it would give them. The ministers were determined to disseminate the new law, and to motivate people to overcome their fear of denouncing the abuses and crimes committed by illegal armed groups.

Shortly afterwards, local authorities and victims were speaking publicly about the abuses they had suffered, as well as about the need to report them and to exercise their rights.

Secondly, in my current post as National Director of Social and Humanitarian Assistance at Colombia’s Victims Unit, I am leading groundbreaking reform in the humanitarian assistance policy, to victims of forced displacement.

Previously, this aid has been given indiscriminately to displaced households, without a clear picture of their current situation and necessities. As a result, the ever-growing demand for this aid is much higher than the budget available, which leaves many people who need assistance, without access to it.

Through a newly designed methodology for assessing and tracking the current situation of each victim’s household, the USD$500 million budget annually allocated to humanitarian assistance, will be better targeted to those who need it the most. I am playing a key role both in the design of this policy, and of the political maneuvering necessary to make it a reality.

Camilo: I am driven by the belief that changes are necessary, and that the possibility of making them happen lies within each of us.

Camilo: Personally and career wise, there have been many rewards for my efforts. However, I cannot help feeling that no matter what I do or how hard I try, it will always seem as though I am plowing the sea. This feeling of impotence haunts me all the time, but it also serves as an additional motivation to persevere with the hope that others will follow and do their share.

Camilo: Realizing that if you know for certain that next week you will eat and have shelter, you are part of a minority. Most people on earth cannot take these basic aspects for granted, much less choose what sort of life they want to live. If you are part of that minority, be aware how fortunate you are, and commit to spend some time helping others to have choices in life.

1 thought on “Camilo Buitrago Hernandez – Winner of the CALI Award”