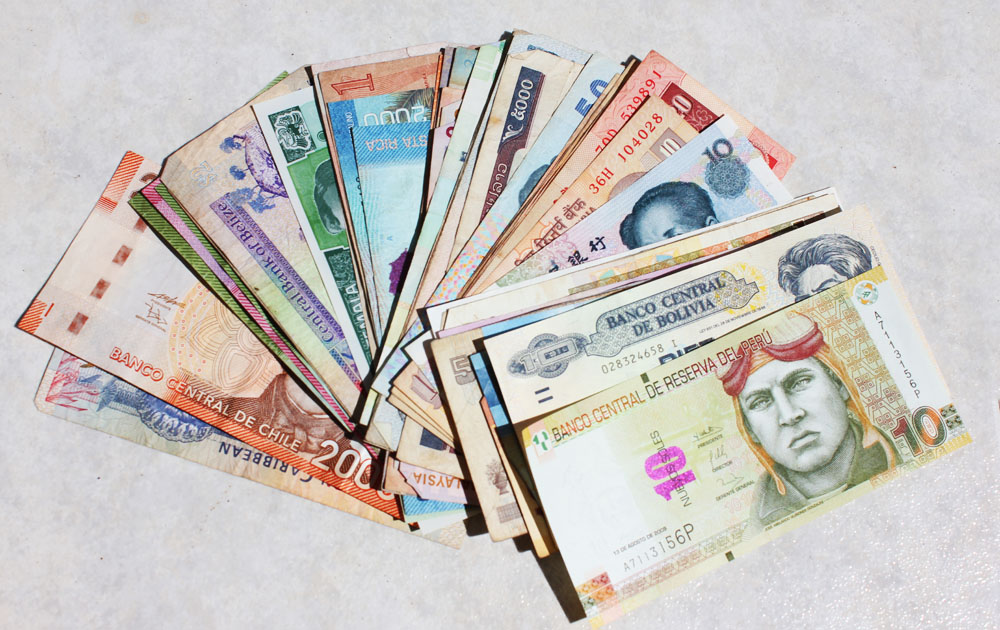 We often get asked about money in Central America, Mexico and Cuba…

Today we answer these questions in this epic mini travel guide:

Travel tips for money in Central America, Mexico and Cuba.

Prepare your bank for your travels.

Call your bank before you travel and let them know every country you will be travelling to. Banks tend to freeze accounts for security reasons if your card is used in a strange country, so avoid the hassle of being stuck at night with no cash by letting them know ahead of time.

Be organised before you leave and find a bank that will give you free international ATM withdrawals.

In Australia there is a great comparison website Savings Account Finder that will show you which banks charge for international withdrawals. (If you know of any similar sites for other countries please share them below!).

You will generally get better rates at an ATM, especially if you take out as much as possible and avoid withdrawal fees. Airports have notoriously poor exchange rates.

Note: The only exception to this is Cuba, where you will need to take cash and use an official exchange service, as ATM fees are huge.

Due to ATM fees, the less times you go to the bank the better, so aim to take out as much as you will need for a week or two.

Even if you avoid fees at home, you will generally get flat fees at the ATM themselves, so take out the maximum allowable and find the banks machines that have larger maximums.

HSBC has a huge withdrawal limit, low fees and is available in many countries. Davivienda in Colombia has a max of 750,000 COP. The locals at your hostel will often know which local ATM’s have the largest allowable limits.

In some places (like Utila) there are limited machines all with small limits. If you know you are going to a place like this, take as much cash as you feel comfortable carrying to avoid fees.

Don’t expect to use your credit cards

If you are staying in 4-5 star hotels or shopping in major malls then your credit card is usually fine to use. But if you are on the budget trail, you will find very few hostels, rental properties, taxis, shops or restaurants that will accept credit cards. Be prepared to live entirely on a cash basis, especially in countries like Cuba, Nicaragua, Guatemala and Belize.

The bank in Cuba will charge you a percentage of your withdrawal limit. The two Bank/ATM fees we paid in Cuba were $16 and $24 respectively… yes this hurts!!

So make sure that at least you get an account which waives to fees at home! 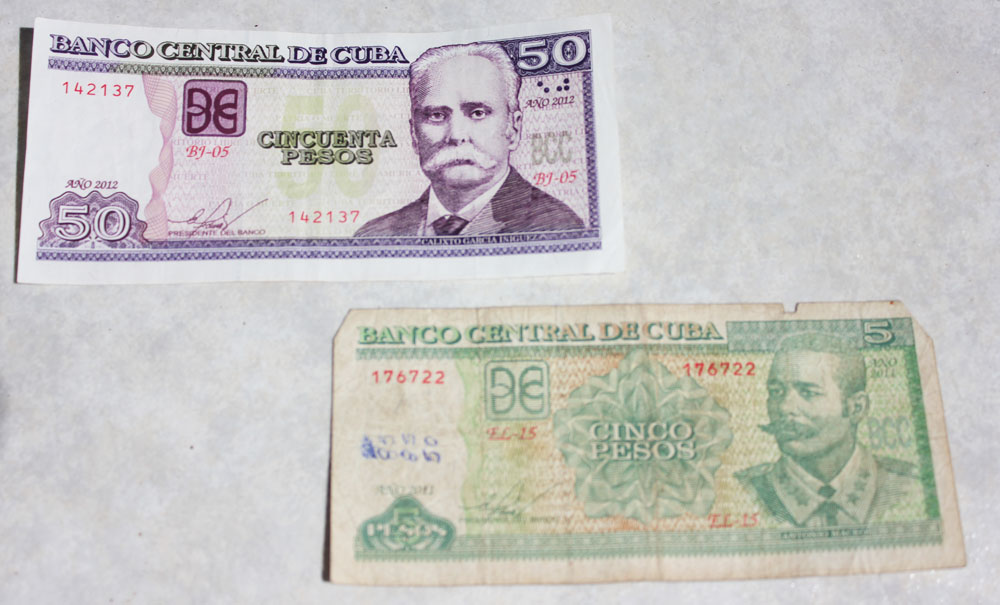 The currency of Panama is officially the Balboa which is tied 1:1 to the US Dollar which is also legal tender. The Balboa coins are the same size and shape as US coins, and both currencies are used interchangeably although it seems US currency is more common. ATM’s in Panama distribute US Dollars.

Colones are the currency of Costa Rica, although thanks (or no thanks!) to the demands of US tourism you can use US Dollars in many places. If you purchase in US Dollars you will usually get change in Colones. ATM’s in Costa Rica distribute both Colones and US Dollars.

Nicaragua has its own currency: the córdoba. The US dollar is also virtually everywhere accepted. Often prices are based on dollars but quoted in córdobas. If you pay in dollars, you will receive your change in córdobas.

The currency of Honduras is the Lempira. Some places in the Bay Islands accept US Dollars, but as a rule in Honduras, don’t expect to use anything but Lempira.

There are only two ATM’s on the island of Utila (when they work!) and ATM’s issue Lempira – the withdrawal limit is not huge. Most dive shops, shops, hotels and hostels only accept cash, so keep this in mind!

Quetzales are the currency of Guatemala. As a rule, most banks will exchange USD for local currency. Try to get the smallest denominations possible as it is alwasy difficult to break big notes. If you enter over the border from another country, make sure to change your money with the traders.

In my experience, once you know the rate and work out the approximate value of your money exchange before hand, then the traders at the border are as good as the banks, if not better. Some will try to give you a bad rate, but insist on the rate you want and ensure you don’t get ripped off.

In Belize the currency is the Belize Dollar, but the USD is widely accepted. The rate of exchange is 2:1. There are ATM’s available and the one thing to note is that Belize means more money – you will need to take out more cash than other Central American countries as it is more expensive!

The currency of Mexico is the Peso and you can use USD in some places. There are lots of banks and ATM’s and Cambios. Any prices quoted in US dollars will normally be written ‘US$5’ or ‘5 USD’ to avoid misunderstanding.

There are two currencies in Cuba – the currency that is designed for locals is called the Cuban Peso (CUP).

For tourists and most luxury items (like shampoo) you would use the Cuban Convertible Peso (CUC). The Convertible (CUC) is pegged to the $USD 1:1 and is worth 24 Cuban Peso’s (CUP’s).

ATM’s and Banks will let you withdraw CUC’s but ATM’s can be hard to find in some places and you will pay an enormous fee to make a cash withdrawal, a percentage of your withdrawal amount. If possible take as much money to Cuba as you need for your trip and change it there in cash.

You are better to take Euro’s or Mexican Peso’s than US Dollars. We were told that there is a 10% charge to exchange $US Dollars.

You won’t generally need much of the local’s currency (CUP’s), but it is handy to have some for donations, snacks and ice creams. To get CUP’s you have two options. Either change your money where local people change theirs and buy a mix of CUC’s and CUP’s (you can’t do this at the airport). Or use a CUC’s to buy an ice cream or snack from a small local shop and they will give you change in CUP’s.

More for travel in Central America, Mexico and Cuba